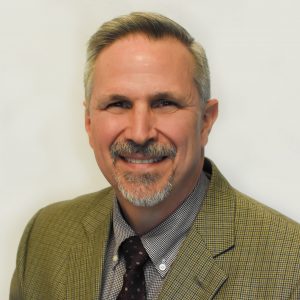 Dr. David J. Neese grew up in New Lenox, Illinois. In the small town south of Chicago, he was close enough to experience the big city, but far enough to appreciate small town values. He was the first in his family to go to college, let alone a podiatric medical school. He graduated from Purdue University in 1982, with the intent of gaining a Ph.D. in Biochemistry. As he started the program, he became more interested in the clinical applications. He chose podiatric medicine as a career since it was a small specialty, and in great demand of practitioners.

Dr. Neese graduated Cum Laude from Scholl College of Podiatric Medicine (now a medical college at Rosalind Franklin University) in 1987 with a Doctor of Podiatric Medicine (D.P.M.) He completed his three year surgical residency at Atlanta Hospital and Medical Center. While there he participated in a trauma fellowship at the University in Kuopio, Finland. He also participated in a fellowship at Bad Schwartau, Germany in rheumatology, vascular medicine and foot/ankle surgery. He later returned to Germany to teach foot and ankle surgery in 1990. Upon completion, he practiced in Chicago for two years before having the opportunity to come to Minnesota.

Dr. Neese has always had an interest in teaching. He has lectured in Europe, as well as many state and national conferences. He has published articles in Podiatric, Orthopedic and Wound Jornals, and has contributed chapters to three textbooks in podiatric surgery and medicine.

Currently, he is the Director of Podiatric Surgery Mercy hospital residency, in Coon Rapids, Minnesota. This is a three year residency in foot and ankle surgery, with a residency in based wound clinic. He also has an appointment as an Adjunct Clinical Professor at Ohio Podiatric Medical School. His surgical specialities of the foot and ankle include forefoot and rear foot reconstruction, for both adult and pediatric patients, as well as diabetic foot deformity.

Dr. Neese is married and has raised two wonderful sons, of whom he is extremely proud and grateful for, but gives most credit to his beautiful wife. He has outside interests in fly fishing, camping, guitar and travel.